Born August 7, 1972 in Tân Định’s Parish, Saigon, Vietnam, Fr. Justin T. Le is the youngest of a family with seven children. He holds a Bachelor’s Degree in Business Administration from San Jose State University, a Bachelor of Sacred Theology from Saint Mary’s Seminary in Baltimore, a Master’s Degree in Divinity and a Master’s Degree in Theology from Saint Patrick’s Seminaryin Menlo Park, California. He was ordained a priest by Bishop Patrick J. McGrath on May 23, 2009 for the Diocese of San Jose. After ordination, he was assigned as Parochial Vicar at Saint Mary’s Parish in Los Gatos. In July 2011, he was appointed as 7thpastor of Saint Elizabeth Catholic Church in Milpitas. In the diocese of San Jose, Fr. Justin has also served within various diocesan organizations as chaplain of the Catholic Professionals Club, advisory board member of the Catholic Foundation and vice chair of the Diocesan Priests’ Council. In July 2017, he was appointed as Dean of Deanery 4 in the diocese of San Jose. Beginning July 1, 2018, Bishop Patrick J. McGrath appointed Fr. Justin as 9thPastor at Saint Maria Goretti parish. 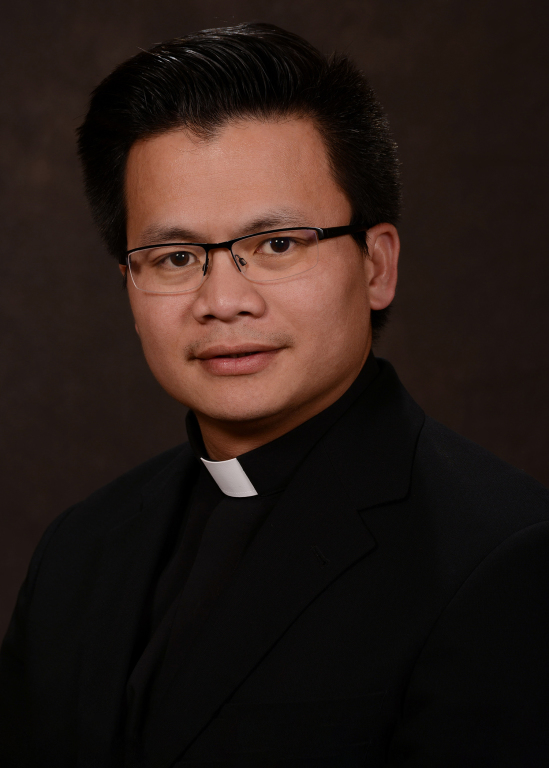 Fr. Dat T. Luong was born on April 27, 1982 in My Tho, Vietnam. He immigrated to the United States at the age of 17. After finishing high school, he felt a call for priesthood. With a lot of support and encouragement from family and friends, he entered the seminary to pursue his vocation. He earned a bachelor’s degree in philosophy at San Jose State University and a master’s degree in Divinity at Saint Patrick Seminary in Menlo Park, California.  He was ordained on June 1, 2013 by Bishop Patrick J. McGrath for the Diocese of San Jose. He served as parochial vicar at Saint Thomas Aquinas Church in Palo Alto (2013-2016) and Our Lady of Refuge Parish for 2 years (2016-2018). Beginning July 1, 2018, Fr.Datis appointed parochial vicar at Saint Maria Goretti parish. 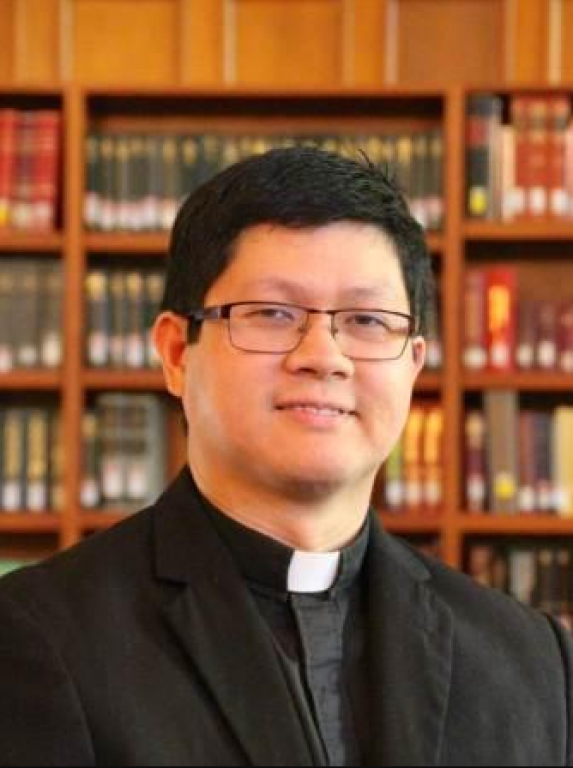 Fr. Eric Piczon was born in the Quezon City, Philippines and lived in Metro Manila for 21 years. After graduating from De La Salle University Manila with a bachelor’s degree in Computer Science, he immigrated to the San Jose, California in 2000 with his family. He worked in the retail business a Fry’s Electronics and then at Sprint PCS before entering St. Patrick’s Seminary, Menlo Park in 2011. In 2017, he became part of the first batch of seminarians of the Diocese of San Jose to transfer at Mundelein Seminary in Illinois. Fr. Eric Piczon was ordained on June, 2018, and he was assigned at Saint Leo the Great Parish, San Jose, as a Parochial Vicar. Part of his ministry is to serve the English and the Hispanic community of the parish. 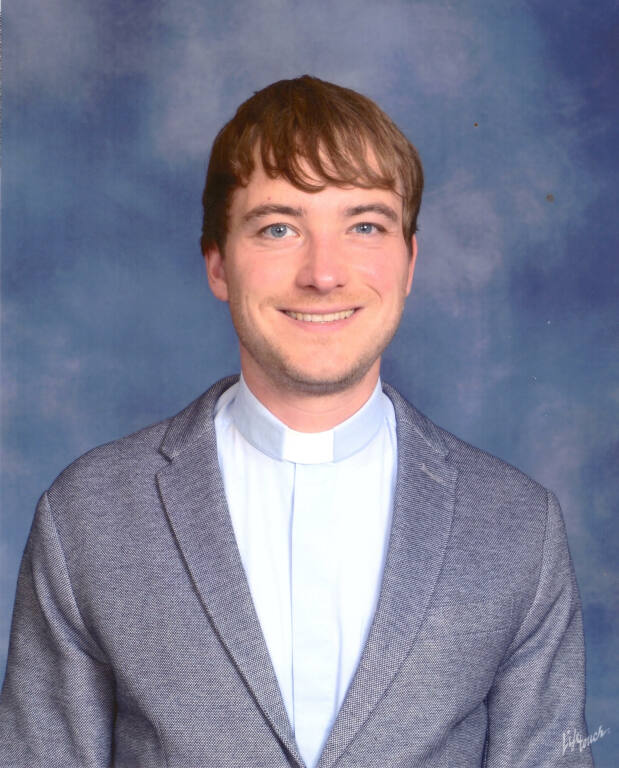 I am Fr. Johannes Busch. I am 34 years old and one of two triplet brothers and I grew up in the south-west of Germany, 20km (12miles) away from the French border. In 2006, after graduating from high school, I spent a year in the French-speaking part of Canada, Québec, working at a school. Having had a wonderful experience teaching, I decided I wanted to be a teacher. If you want to be a teacher in Germany you have to have a master’s degree in at least two different subjects. Growing up in a household where theology was always very important (my mother is a theologian), and after my experience in Canada, I decided to study Pedagogy, Theology (in Germany Religious Education is a mandatory school subject), and English. While studying at the university I got to meet some of the Seminarians and a wonderful priest from South Africa. He helped me to find out more about my vocation and taught me what it means to be a priest. Accordingly, I decided to enter the Seminary in Mainz to become a priest, while at the same time finishing my degrees in Pedagogy and English. My final thesis on the integration of Latinos into the church structures in the U.S. led me to the Diocese of San José, where I spent a couple of weeks doing interviews in the parishes of Our Lady of Guadalupe and St. Julie’s in San José.

Before entering the “pastoral course” in 2014 (which is the course that prepares you for ordination) I got the chance to spend a couple of months in South Africa and Namibia, helping in a water project and an AIDS orphanage, which helped me to both widen my view on social engagement abroad and understand the complex situation of the African continent. On the 2nd of July in 2016, I was ordained a priest and was assigned to a parish close to Frankfurt. Having served in Germany for 2 years, my Bishop allowed me to spend 4 years in the Diocese of San José where I have been working at St. Mary parish in Gilroy for the last 3 years. I am looking forward to meeting you all, to share our faith together and to put it into action.